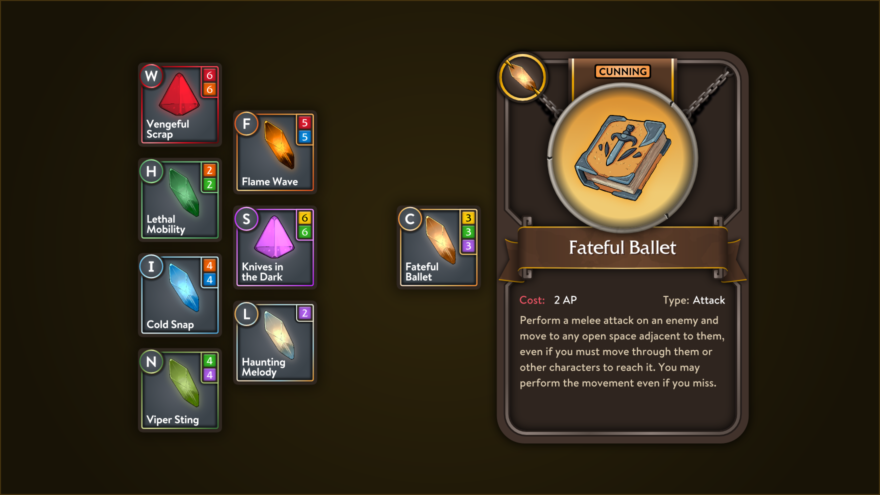 Skills are special abilities that provide extra damage when attacking, extra mobility, and/or extra utility when players perform actions or engage in combat. Skills are divided into the following Skill Schools:

Originally, players had to find a single skill book from which they would immediately receive 4-6 skills within that school, which we discuss in the Ice skill school showcase.

The skill book had to be equipped on 1 of 2 attribute rows and then the player would receive 1 of the 2 passive bonuses (based on which row they equipped it on). It was neat and simple, but one thing we’ve learned is that Skills are a big part of Gambit. It seemed a bit lopsided to give a player a whole bunch of new abilities all at once. What if one player found a skill book early, but a separate player found one late? With the help of some outside inspiration, I asked myself:

What if Skills were attached to items that had to be equipped?

The immediate ramifications were clear:

Given the influx of more equipment that takes up precious equip squares, we provide a costly method for players to attach and detach skill gems to and from their standard weapons and armor. We’ve also doubled the number of equip squares that become available over the course of the campaign.