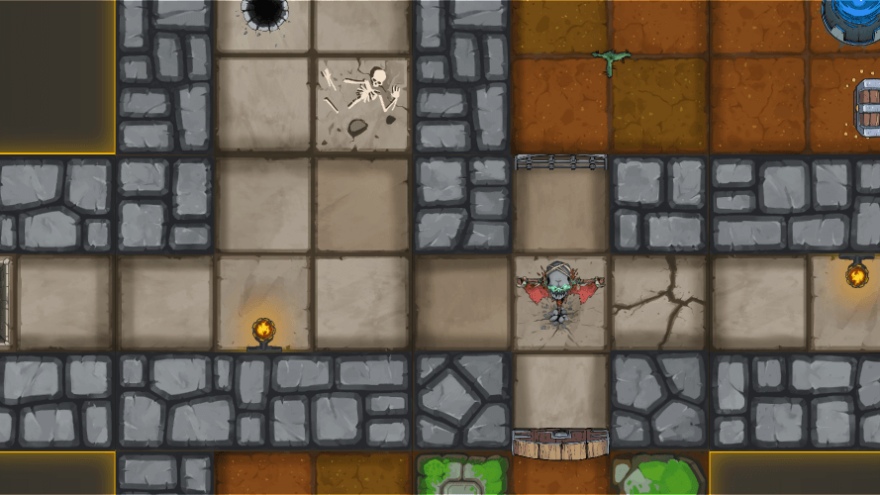 Dungeon levels are comprised of 3×3 inch tiles. The tiles can be connected in a seemingly endless number of configurations, but each level in the campaign will be pre-configured. Therefore most level tiles will be used for multiple levels. The total size of each level will vary from 50-100 level tiles. In addition to the primary campaign, we plan to release 5-10 “one shot” mini campaigns in the GM manual. Game Masters are encouraged to use the tiles for any and all encounters they create for their Classic campaigns.

Each player will begin on a starting level tile which are positioned according to a key only the GM can see. Only the starting tiles will be visible at the start, but players will quickly start exploring to reveal the dungeon. The dungeon is the centerpiece of the game and all of the interactions will take place on its level tiles.

There will be five different tile sets represented by different artwork. Each art set will be used for 5 levels, totaling 25 levels and each art set contains up to 75 unique shapes. The aim is to have players finish a single dungeon level during each play session where each session lasts 3-4 hours, for up to 100 hours of play for the primary campaign.

The design decision to make walls fill an entire 1×1 inch space was intentional. You can read this post to learn how we arrived at this decision.

As players traverse through the dungeon, they will encounter numerous points of interest, dangers, non-player characters, treasure, puzzles, and more. These elements are represented by separate, additional tiles called level objects that are overlaid on top of the dungeon level tiles. Level objects vary in size; 1×1 inch, 1×2 inches, and 2×2 inches.

Since objects are on their own smaller tiles, the dungeon tiles remain modular. For example, it would be overly constraining if a trap, container, or any object were permanently fixed to a specific corner wall tile.

In part, Dreamstate follows a traditional dungeon crawl formula: the dungeon is revealed as it is explored, traps and secrets must intentionally be found, and enemies are lurking. However, the fact that players are competing with each other, and the GM, increases the significance of every encounter, trap, puzzle, and enemy as they all have the opportunity to improve or hinder another character’s progress towards their goal. In a traditional tabletop experience, a party simply might “spend 10 minutes to investigate this room,” to speed things up with little consequence, but in Dreamstate , a character has to decide whether it’s worth expending turns to investigate a given room and risk falling behind other characters’ rise to fame.

Interacting with Non-Player Characters (NPCs) and Other Players 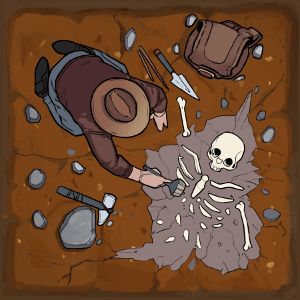 Characters will encounter numerous NPCs throughout the campaign who may aid, distract, or hinder them in their endeavors. Some will offer side quests, some will oppose, and some will help the heroes. Most of the time there will be a number of different ways to engage with an NPC. Trade is featured richly in Dreamstate. Lots of NPCs can be traded with, some are established merchants, and players can also trade with each other.

Players will learn that their heroes can directly alter the outcome of an encounter they share with a different hero. Players are free to actively hinder other players, but they may discover they might need each other later on. Though the penalty for killing another player’s character is severe, a player may decide it’s valuable to do so.

You will die, more than once, and most likely at least once per level. Killing characters is one of the primary methods in which the GM earns points. Characters that die will respawn at the last visited campfire.

Dreamstate has a unique approach to character progression which you can read more about here.