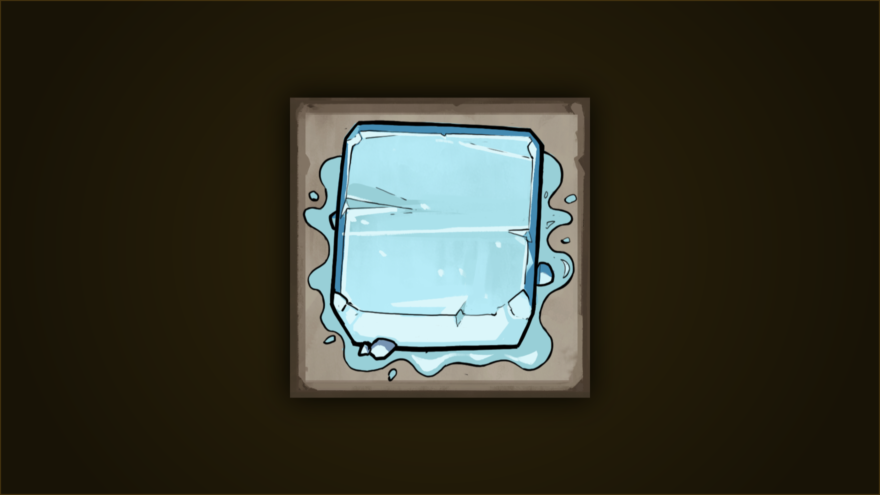 Summoned Block of Ice from the Ice Skill School

One of my favorite mechanics in Gambit is equipment management. All gear must be equipped to the character sheet on one or more attributes. Often, the gear has limitations on what attributes it can occupy. Skillbooks, 1 by 1 items which give players access to their skills, are no different.

For today’s post, let’s look in depth at the Ice school. We currently plan to have three levels of each skillbook, but we’ll look mostly at level one skills, as we are still writing and testing the higher level skills.

The Ice skillbook can be equipped to either the Constitution row or the Intelligence row, and is designed to complement either a close quarters control tank or a long range control caster.

When equipped in the Intelligence row, all abilities apply the Chilled debuff to enemies, which is a minor debuff to magic defense. But when chilled is applied to a target that is already chilled, they are instead frozen, which prevents all movement and movement abilities. In this way, ranged casters can constrict enemy movement by using successive abilities.

When equipped in the Constitution row, it applies chilled to yourself and all enemies adjacent to you or the Block of Ice, an object I’ll discuss in a bit. While this passive doesn’t freeze enemies itself, it allows the player to freeze enemies easily using one of the level one ice abilities, Icy Breath. Additionally, the Block of Ice gains health and defense.

These passives are upgraded at higher levels. In the Constitution row at level two, for example, all melee attacks also apply chilled, allowing a melee character to apply frozen to enemies simply by attacking them. At level two, the ice school can be used very effectively to keep enemies rooted in place. These bonuses continue to increase at higher level, but I’ll focus on the lower level abilities and bonuses for now.

At the core of the ice school is the manipulation of the Block of Ice. The Block of Ice ability summons the block. Players may summon a colossal block of ice to any square they have vision of. If it lands on anyone, the unfortunate character is damaged and pushed to an adjacent square. The block of ice remains on that square, blocking movement and ready to be utilized by other skills.

Barrier is a simple ability that gives defense and armor. It gives some flexible and powerful damage mitigation, allowing casters to escape or melee tanks to soak more damage.

Fracture is the last ability. It allows the ice school user to capitalize on their successful applications of frozen. Fracture deals damage based on your weapon damage, and if the target is frozen it deals more damage, removing the frozen debuff. It can also be used on the Block of Ice, causing it to shatter and damage nearby enemies. This ability gives some powerful damage and is a core part of the caster’s damage rotation, but at the cost of reducing crowd control.

The ice school is designed to give players a lot of utility. Most of the abilities let the caster push enemies, block movement, or punish poor positioning. Its passive abilities further allow players to control enemy movements.

When players equip the skillbook to the Intelligence row, they can deal significant damage while providing utility. They can push enemies back to a safe distance and lock them down. They can apply frozen and then ‘redeem’ it for bonus damage. An ice caster can be difficult to approach, and hard to engage against.

When players equip the skillbook to the Constitution row, they can lock down enemies and keep them from escaping or attacking allies. The ice skillbook allows melee characters to lock down slippery enemies and keep them from escaping. Additionally, the Block of Ice becomes a strong extra body, and with good positioning it can soak a lot of damage on its own, all while locking down enemies.

We hope you enjoyed this skill school showcase. As players progress, they will gain more abilities to interact with those at the first level and stronger passive bonuses. Because each school is tied to these skillbooks, and not to classes, players can build their class however they want. While we certainly designed the schools with certain classes in mind, we’ve tried to leave them open to creative interactions. 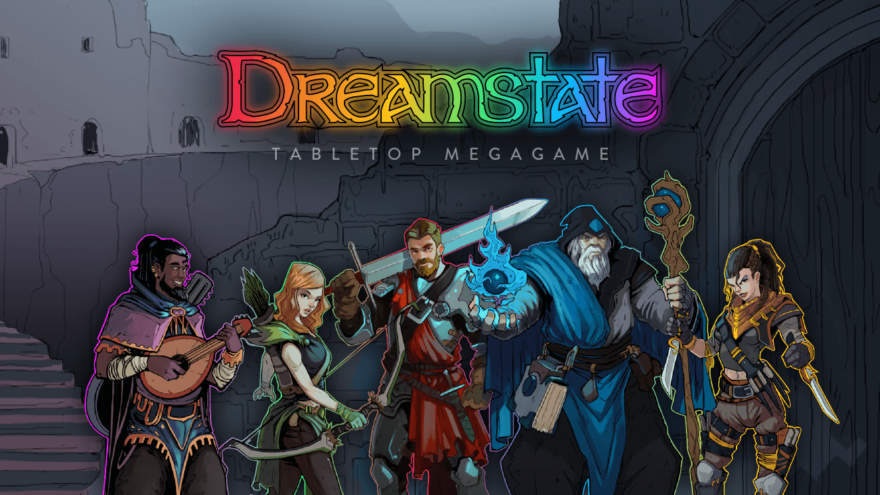