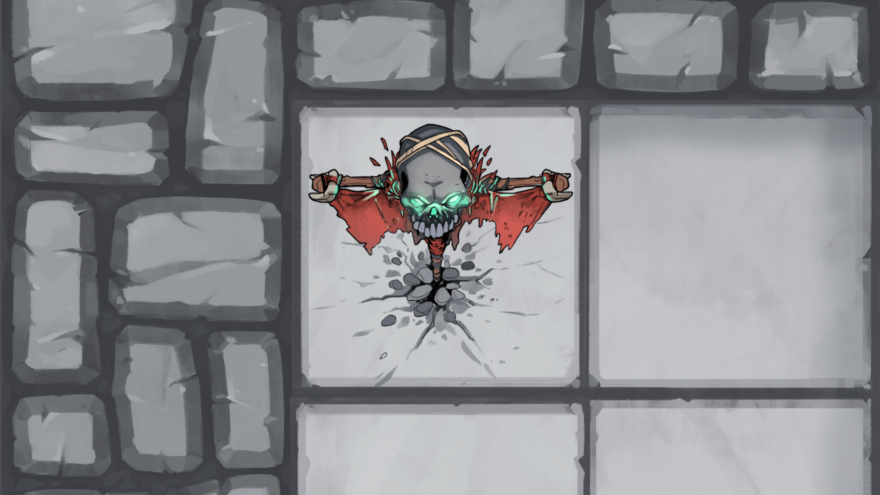 One of the mysteries only found in Arkhaven are Bone Beacons. They are a foreboding sight for the unfamiliar. Impaled on a pole is a skull that is emanating visible energy. Whenever a bone beacon is discovered, players can interact with them and they will emit a single audible phrase in order to provide clues and/or guidance to the players.

It is believed the skulls were magically imbued and then scattered throughout Arkhaven by Ravenspear, though many believe Ravenspear to be a myth. Sometimes they speak plainly. Sometimes they speak in riddles. They aren’t alive or undead, their messages aren’t exactly benevolent, but they are benign. Whether they were created by Ravenspear or someone else, they are yet another example of the un-pleasantries in the forgotten city.

A note about kids:
A primary design goal of ours is to create a game that 10-year olds would love to play and their parents would love to play with them. It’s also expected that some parents will introduce younger players to the game and not every child is the same in terms of sensitivity. Bone beacons are from the bad guys and their disturbing nature of a skull impaled on a pole is intended to telegraph to players just how bad the bad guys are. So while many will think they look cool, some may find the idea a little disturbing. We are aiming to convey a happier/lighter tone within Gambit’s content vs. the darker/grotesque content often found in other RPG systems. Parents should know that Bone Beacons, and skeleton imagery in general, is about as dark and scary as Gambit gets.